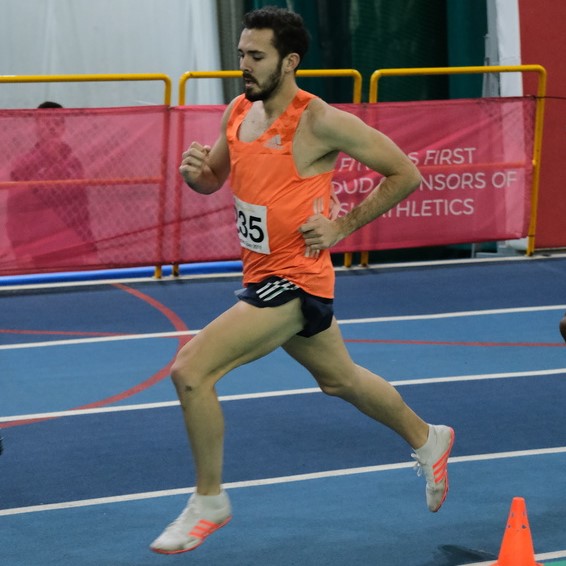 Kieran joined us in autumn 2018 and we are excited to be working with such a talented and versatile athlete. Given the high standard and upward trend of his recent performances, his aim of competing for his country at major championships in the future looks eminently achievable.

2018 has already proven to be something of a breakthrough year for the 24-year-old, who has recorded personal best times over no fewer than four different distances. One of those times – his 28:37 for 10,000m – is currently the fifth fastest by a British athlete over that distance in 2018.

Currently based in Suffolk, Kieran returned last year from a five-year stint at Iona College in New York. He has recently taken the decision to concentrate on training full-time, a move which so far appears to be paying off handsomely.

He clocked an impressive 64:31 at the Manchester Half in October, his debut over the distance. Kieran is supported by adidas.