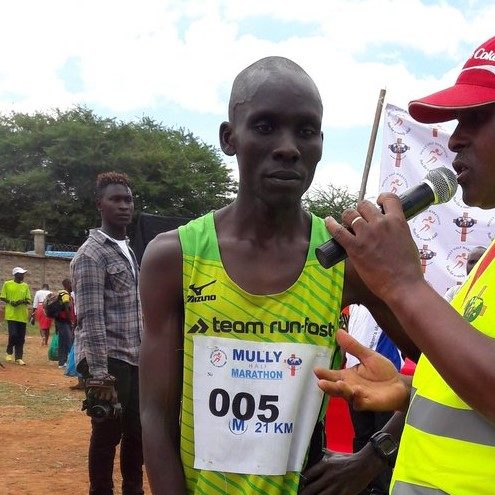 Half Marathon and Marathon

Sammy became a member of Team Run-Fast at the end of 2014. He travelled to the UK to compete in his first set of races outside of Africa in March 2015.

Fresh from winter training, Sammy made quite a debut at the Surrey Half Marathon. Sammy and team-mate Peter Limo dominated the race from the outset, sharing the work at the front. It was Sammy who made the push in the final stages, out-sprinting Limo to the tape in a new personal best time of 1:02:41. Sammy achieved further podium positions shortly after, with a second place finish at the Vitality North London Half Marathon and another win at the Hastings Half. He then lowered his half marathon best again that autumn in France, finishing as the runner-up in the Saint Denis Half Marathon in 1:02:13.

Sammy moved up to the marathon distance in 2016, highlighted by a 2:14:16 performance in Warsaw in September of that year. The following March, he’d finish 7th in 2:14:51 at the Barcelona Marathon after starting the race as a pacer.

Sammy looks to use his positive attitude towards training and racing to achieve new heights with another European marathon this autumn.