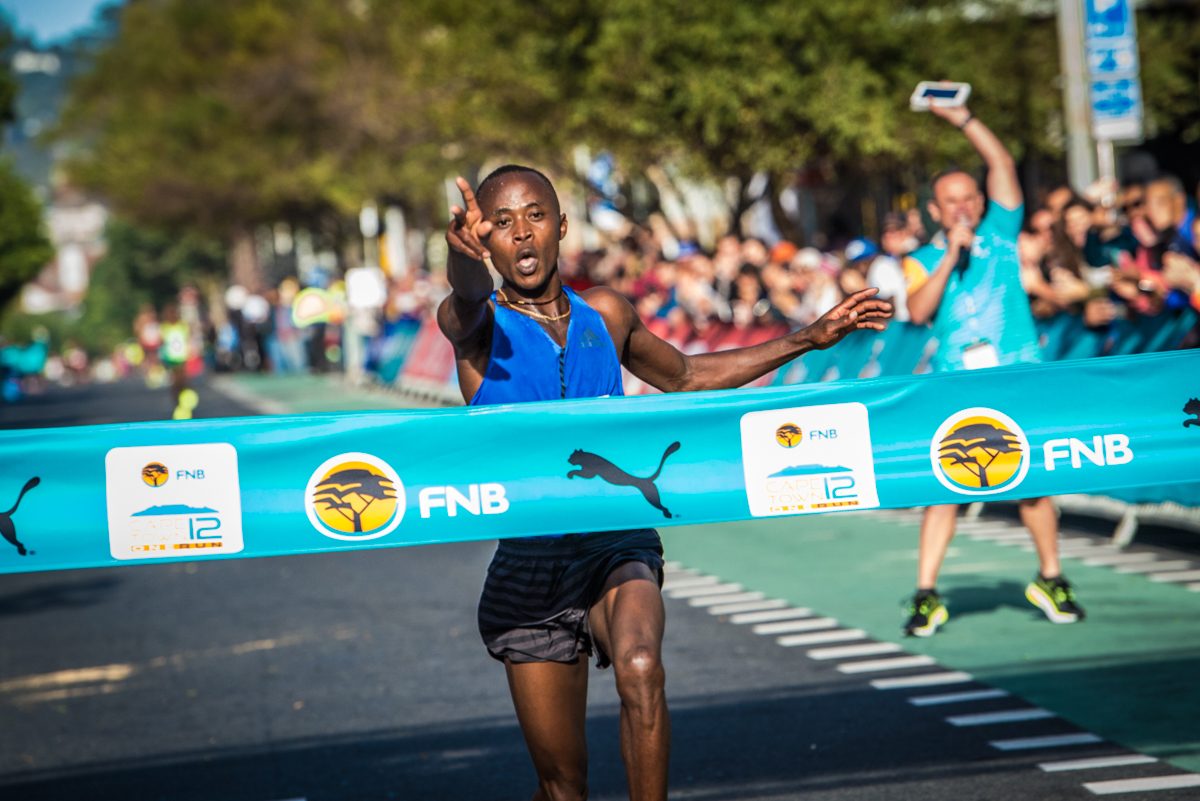 Run-Fast athlete Morris Gachaga continued his unbeaten run in 2017 with a resounding win in the FNB Cape Town 12k on Sunday 21 May. In doing so, he set a new World Best time over the 12k distance of 33:27.

Having pushed the pace right from the start, Morris made his move at the halfway mark, with only one other athlete, Lesotho’s Namakoe Nkasi, able to stick with him. At just after 9km, Morris surged again and had soon opened a sizeable gap on his rivals. Finishing with his trademark sprint, his time of 33:27 took four seconds off the previous World Best set by fellow Kenyan Sammy Kitwara in 2009.

Speaking after his win, Morris said “At 9km I knew the race was mine so I pushed the pace. Breaking the World Best was a bonus. Coming here was a privilege for me.”

Over 13,000 runners took part in the race in near perfect weather conditions.