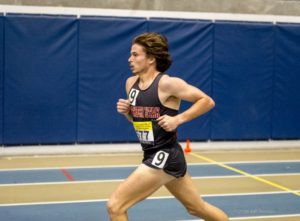 Run-Fast Sports Management has signed one of the top NCAA track & field athletes from this year’s graduating class: Mike Tate of Southern Utah University. Tate’s résumé includes running to the NCAA lead in the indoor 5000m in 2018 and a 3rd place finish in the 5000m at the 2016 Canadian Olympic Trials. The Heatherton, Nova Scotia native has already represented Canada in track and cross country on four occasions.

Run-Fast will now work with Tate as he turns his focus to professional running, negotiating sponsorships and arranging his races in Canada and overseas. Having just moved to Guelph, Ontario to train under coach Dave Scott-Thomas and the Speed River Track Club alongside some of Canada’s best endurance runners, Tate is aiming for national team selection in the future, eyeing the 2019 World Cross Country Championships in Denmark and beyond.

“The reason I chose to work with Run-Fast is they put my needs as an athlete first,” Tate said. “Whatever I need to become the best athlete I can are Run-Fast’s top priorities. I have some high goals such as competing for Canada at the 2020 Olympics, and I feel like Run-Fast is the best option for me to accomplish as many of them as possible.”

Run-Fast Director Peter McHugh is excited to have Tate join an elite roster of more than thirty athletes from across North America, Europe, and Africa, and is optimistic about Tate’s prospects: “Mike is a promising young talent with an impressive collegiate career behind him, which bodes well for a bright future ahead of him. We look forward to raising his profile and helping him achieve his ambitions.”

Tate’s next race will be the Canadian Road 5k Championships, to be held in Toronto on the 9th of September.