The team of athletes that form Run-Fast Birmingham recently took time out of their schedules to show support for Bud’s Run 2017. Run-Fast Birmingham is an initiative that supports a team of elite middle and long-distance runners based at the University of Birmingham. It is the brainchild of London-based Run-Fast Sports Management, and is the first partnership of its kind in the UK, with the purpose of establishing a more professional training environment for its team members. The group is currently sponsored by adidas, with all of them aiming for selection for the 2017 World Athletics Championships in London.

‘Bud’s Run’ is a 5k fun run around the University of Birmingham campus, and will take place on Saturday 21 October. The event was the idea of much-loved athletics coach Bud Baldaro, the former UK Athletics endurance coach, who has been based at the University for over a decade. Bud has encouraged and helped hundreds of distance runners of all standards and ages, in a career spanning over four decades. Diagnosed with Parkinson’s disease in 2009, Bud is determined to use his love of running to help fund research into this long-term condition. Now in its fourth year and having raised just over £53,000 for Parkinson’s UK to date, Bud’s Run aims to reach a target of £70,000.

Peter McHugh De Clare, founder of Run-Fast, says “Our partnership with the University of Birmingham simply would not have come into being without Bud’s vision, enthusiasm and passion for running. The performance of the team in year one exceeded our expectations, with three athletes achieving Olympic qualifying times (‘A’ standard), and three competing at the 2016 European Athletics Championships. Those achievements are in no small part down to Bud, who has dedicated a large part of his life to helping athletes reach their full potential. He continues to be a source of inspiration to all of us. With that in mind, it is only fair that we give this year’s Bud’s Run our full support. We hope that the 2017 edition is the biggest and best yet”.

Alison Leonard, 800m athlete and Run-Fast Birmingham team member, has been heavily involved in Bud’s Runm including running in fancy dress and baking delicious cakes to sell at the events. Alison says, “Bud’s Run is one of my favourite days of the year; running around our beautiful campus and having a great time while saying a huge thank you to Bud for all his help and support, and at the same time raising lots of money for Parkinson’s UK. What’s not to love?” 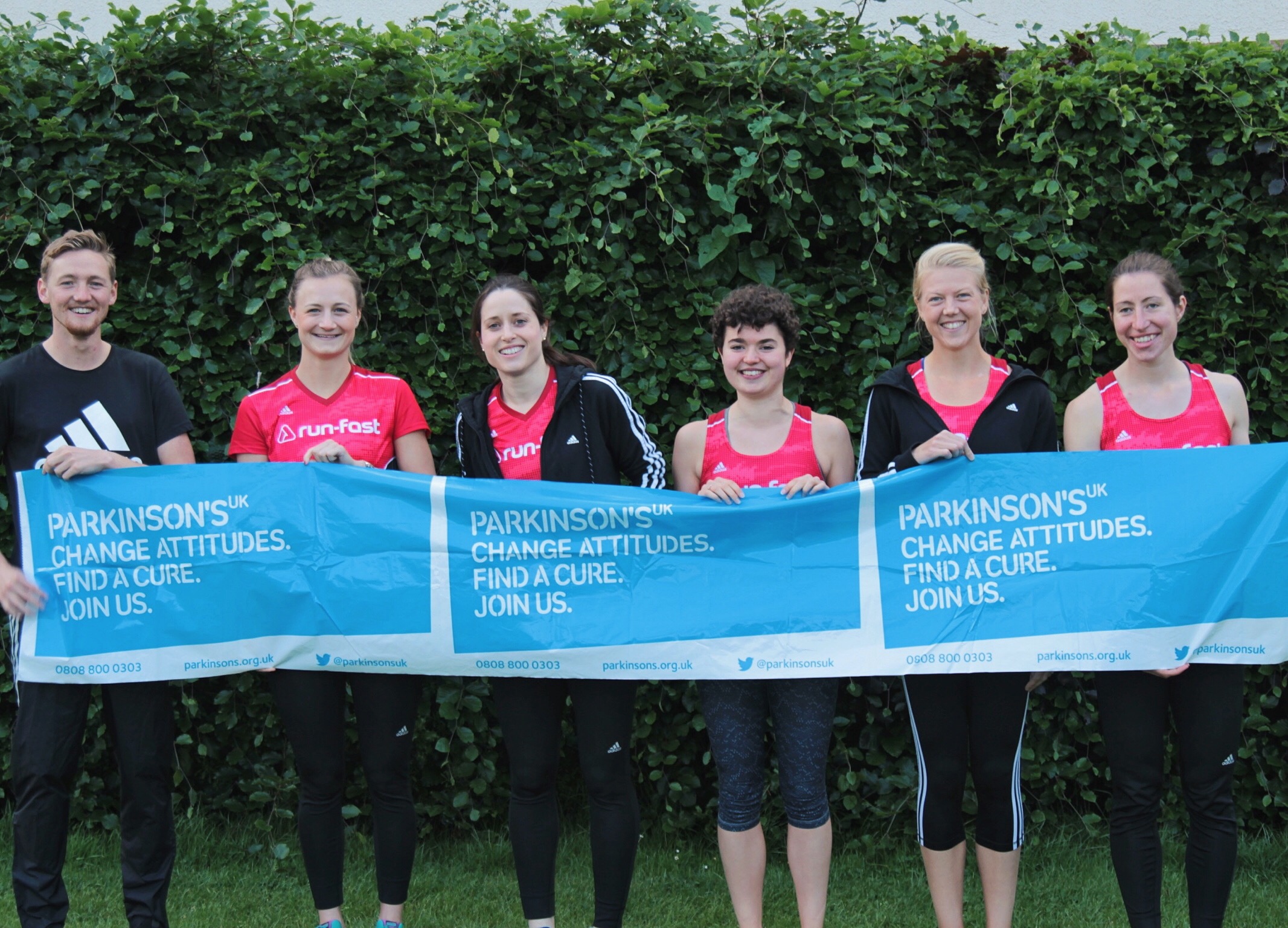 Entries are now open for this year’s run and along with the 5K, there will be a fun run for the under 11s, interactive team games organised by Rabble, a raffle, sports masseurs on hand, a sizzling BBQ and plenty of tea, coffee and cake. Although very much a family fun run, previous Bud’s Run events have attracted athletics stars both past and present. These include include world marathon record holder Paula Radcliffe, middle distance legend Steve Cram, Olympian and 1500m World Championship silver medallist Hannah England (currently coached by Bud). Members of the Run-Fast Birmingham team will be participating in October and are look forward to another successful event.

Sarah Wakeman, Regional Fundraiser for Parkinson’s UK, says “Bud’s Run is suitable for all levels of fitness and is a great day out. It’s wonderful that elite athletes get involved in the event and it’s a true testament to how respected Bud is within his field. We’d love everyone to run or walk with us on 21 October and help us fund vital research into Parkinson’s.”

Registration is £18 per adult (concessions are available), further information at www.budsrun.co.uk